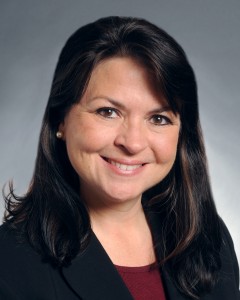 ST. PAUL, Minn. — Today’s robust budget forecast is yet another indicator that the Senate DFL and Governor are responsible stewards of our state. We are finally on sound footing and have eliminated the budget deficits our state has faced for more than a decade. Senator Susan Kent (DFL-Woodbury) made the following statement about today’s $1.871 billion budget surplus announcement:

“Today we received great news. Minnesota is a national leader in economic recovery – and a model for business creation and policies that support economic growth. The surplus demonstrates that tax reforms under Governor Dayton, with support from both houses in 2013, have provided long-term stability to our budget that enable us to examine new investments and tax relief this year. Because this is the second year of the biennium, we need to focus on much-needed transportation funding, a strong capital investment bill, reducing health care costs, tax relief, and targeted education investments.”

In 2014, DFL legislators pushed for and passed a law requiring that 33 percent of the November forecast be deposited into the state’s rainy day fund until it reaches $2.2 billion. Minnesota’s rainy day fund currently stands at nearly $1 billion. This fiscally responsible decision to keep our budget reserves at healthy levels means $594 million will be deposited, bringing the state’s reserve to $1.597 billion. Strengthening the rainy day fund is economically prudent, and other states are following suite. A strong budget reserve will help ensure our state will be better positioned in the event of future economic downturns.

In addition to shoring up our rainy day fund, Minnesota has repaid schools after borrowing from K-12 education to balance the state budget during fiscally challenging years. Standard & Poor’s also recently upgraded Minnesota’s bond rating outlook, in part because of the state’s strong fiscal position and strong economic performance overall.

Minnesota’s economy continues to do well. The state’s 3.7 percent unemployment rate in October remains the eighth lowest in the nation. Wage growth is projected to be slightly lower than projected in the February forecast of 5.4 percent. However, wages are still expected to grow by 4.9 percent in 2016.

While it is good news that Minnesota has turned the corner after a decade of deficits, many Minnesotans are still struggling to make ends meet. As we work to put together the budget for the upcoming biennium, it’s essential we also find solutions to expand economic opportunity to all Minnesotans.