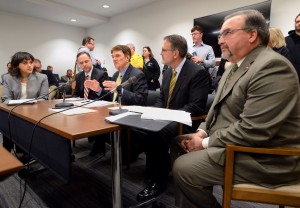 ST. PAUL, Minn. – Tuesday morning a bill that would put $43 million back into the pockets of local tax payers received a hearing in the Senate Education Committee. Chair of the Education Committee and chief author of the bill Sen. Chuck Wiger (DFL-Maplewood), says the bill addresses inequities across Minnesota school districts.

“I have always believed the quality of your education should not depend on your zip code – and this bill addresses that belief. This legislation will lower property taxes for lower property wealth school districts which means we’re helping level the playing field. This bill does not take any money away from districts that currently get a lot of money from property taxes – it just increases equity in education funding,” said Wiger.