Families Will Save Money on their Garbage Bills 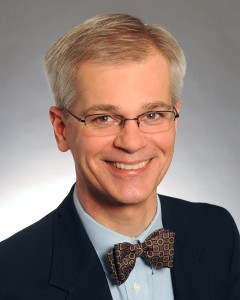 ST. PAUL, MN – Residents of Saint Anthony Village will soon be seeing savings of 25 percent or more on their garbage bills, thanks to legislation passed over a year ago. Other cities are following suit, and their residents will realize similar savings.

Senator John Marty (DFL) Roseville authored the 2013 legislation, which enabled cities to begin organized collection of residential solid waste. “Many communities have four or five different garbage trucks going down every residential street and alley to pick up the trash. Sending several heavy trucks down a street to do what one can do makes little sense. It costs consumers more, wastes fuel, and multiplies the damage that heavy trucks do to residential streets. This legislation gives cities the ability to organize waste collection, just as they do for recycling,” said Sen. Marty.

A 20-year-old law made it very difficult for cities to organize the companies into a coherent system. Marty’s bill simplified the process, and Saint Anthony Village is the first city to take advantage of the law change.

“For our city, making the switch to organized collection was a sustainability issue. There will now be fewer vehicles on our city streets; which means preserving our infrastructure and making our roads safer. We also view this law as consumer protection – everyone in our community will now benefit from an economy of scale and most residents will see a reduction in their monthly bills,” said Saint Anthony Village Mayor Jerry Faust.

The process allows garbage collection to be more efficient by dividing cities into zones and working with waste management haulers to divvy out the contracts into more organized sections – thereby saving time, money and unnecessary wear and tear on city streets. In the last twenty years, prior to passage of the new law, Maplewood and Sauk Rapids were the only two cities to organize collection. Both cities have reported better service and exceptional savings. In Sauk Rapids for example, a city council member who was initially skeptical about the change said his bill dropped from $30, to just $12 per month. The new system was championed by the League of Minnesota Cities which argued that all cities should have the opportunity to offer organized waste collection.

“Those who follow this issue at the capitol remember that there were many years of virtual warfare over the issue. I’m proud that we were able bring people together and agree on change that will preserve small businesses, protect the environment, and save money for residents,” Marty said. “And the new law passed the Senate unanimously. St. Anthony is just the first of many communities that will benefit from the change.”

“The previous law made it almost impossible for cities to organize their waste collection. Since Sen. Marty’s law has passed we are seeing this new process to investigate and establish organized waste collection is working very well for the cities that have used it. Not only can organized collection save both taxpayers and waste haulers a tremendous amount of money, it vastly decreases noisy, large vehicles driving in neighborhoods and wear and tear on city streets,” said Craig Johnson from the League of MN Cities.