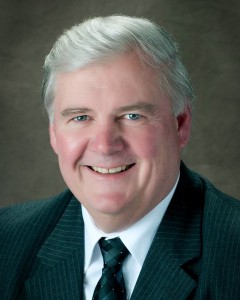 Senator Gregory D. “Greg” Clausen represents Senate District 57, which includes Apple Valley, Rosemount, Coates, and portions of northeast Lakeville. He was first elected to the Minnesota Senate in 2012 and was reelected in 2016.

Clausen has spent his life serving others in the Bloomington and Rosemount-Apple Valley-Eagan Public Schools – District 196 — as a classroom teacher, coach, assistant principal, high school principal, and district office administrator. His most recent job was securing federal and state program funding for District 196 by writing and administering grants.

Clausen grew up in Bloomington and attended Augsburg University earning a degree in social sciences and education. He later received an M.A. in education curriculum and instruction and an Ed. Education Administration Specialist Degree from the University of St. Thomas.

Clausen served on the Dakota County Affordable Housing Coalition, Heading Home Dakota Committee to end homelessness and on the Board of Directors Vice-Chair of Dakota Woodlands, a homeless shelter in Eagan. He is a former board member for the rocky mountain region of Thrivent Financial and past member of the University of Minnesota College in the Schools Advisory Board.

Clausen and his wife Roberta reside in Apple Valley, Minnesota. They have three children and six grandchildren.