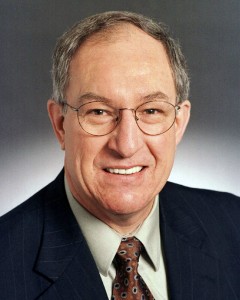 We’re lucky to live in a corner of the state that has strong and thriving companies who offer good-paying jobs to the hardy people of northern Minnesota. Companies like Polaris, Artic Cat, Marvin Windows, DigiKey, Central Boiler and countless others have found a strong foundation in towns that dot the far northwest corner of our state. Sometimes, living so far away from the population centers in Minneapolis and St. Paul, some of us may start to think, ‘what is the legislature doing for people like us?’

Well, as your elected senator serving my final year, in my final term after 35 years in St. Paul, I’m proud to say my colleagues and I have done a lot for Greater Minnesota, specifically helping the people living in the northwest part of our state. Most recently I authored a bill that made a special designation for a new vehicle Polaris has created and is just starting to put on the market. The autocycle is a three-wheeled vehicle that is something of a cross between a motorcycle and a regular passenger vehicle. My bill clarifies the law so that these autocycles can be operated safely on Minnesota roads.

Polaris came to me asking for the legislature’s help to create this designation. I listened, and I acted, as I have for the past three decades. In fact, rural DFL senators have been listening to our constituents for a very long time. Many of us may not like to brag about our accomplishments, but we have a proven track record of creating successes for Greater Minnesota.

Geographically rural DFL Senators represent more of rural Minnesota than any other political party, and there’s a good reason for that: we live and work in rural Minnesota. We understand the rural lifestyle, because we live it too. At the Capitol we work hard for the needs of our farmers, small businesses, rural towns, local schools, and regional centers—and we have the track record to prove it.

I have been so proud to work for the people of Minnesota for the past 35 years. We have done great things together. While my time at the capitol is nearing an end – I want to remind people that you still have allies in the Minnesota Senate. DFL Senators from Greater Minnesota have a long history of representing, defending, and producing results for Greater Minnesota.

This column was originally published by the Grand Forks Herald.