Sen. Alice Johnson – A champion for Minnesota students announces she will not seek re-election 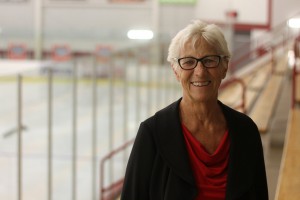 St. Paul, Minn.— After more than 18 years of fighting for kids and standing up for Minnesota schools in the legislature, Alice Johnson (DFL- Blaine) announced today she will not seek re-election. “When I was elected in 2012, I promised to serve for four years and have fulfilled that promise. I ran to end gridlock in St Paul and get things done by encouraging reasonable cooperation across the aisle,” Sen. Johnson said. “Last week, I turned 75 and feel proud of my accomplishments and I am hopeful for the future of Minnesota.”

Johnson, who is the Vice-Chair of both the Education Finance and Policy Committees has been an outspoken advocate of innovative ways to educate children and close the achievement gap. “We cannot keep investing in the same educational programs with the same results,” Sen. Johnson said. “We need courage to implement new and effective programs such as The Rock and Read Project which is helping children read at grade level through singing, and invest in Full Service Community Schools. In Albert Einstein’s words, ‘Insanity is doing the same thing and expecting different outcomes.’ In my words, sanity is having the courage to forge a new path, to look at new ideas, and ultimately improve student outcomes.”

Other notable accomplishments Sen. Johnson is proud of are:

“The Minnesota Legislature is losing a talented leader,” Chuck Wiger, Chair of the Senate Education and Policy Committee said. “We will miss her wise counsel, intelligence, and passion in serving the people she represents. I wish Alice all the best in her much-deserved retirement. She has been such an asset to our caucus and the people of Minnesota.”

Johnson’s legislative career began when she was elected to the Minnesota House of Representatives in 1986 and retired in 2000. She got back into politics when she won a seat in the Minnesota Senate in 2012. In the Senate, Johnson serves as Vice Chair on the Finance E-12 and Finance Committees, State and Local Government Committee, Pensions Commission, and appointment on the Minnesota Amateur Sports Commission. Always active in her community, Johnson was a Spring Lake Park City Council Member, board member of the Spring Lake Park, Blaine, Mounds View Volunteer Fire Department, board member of the Anoka-Ramsey Community College Foundation, and a volunteer Mediator for Anoka County.