“The amount of student loan debt Minnesotans are carrying is staggering – it’s accumulated to about $27 billion. It is incumbent upon the state legislature to take action to remove some of this burden. Lessening the student loan debt isn’t just good for individuals and family budgets – it puts more money back into the economy – and in Greater Minnesota that could be the difference between just surviving – and thriving,” said Sen. Eken.

Sen. Eken adds that forgiving the student loans of graduates who settle and find work in Greater Minnesota will greatly help smaller communities attract talent – a problem that disproportionally affects rural parts of the state. 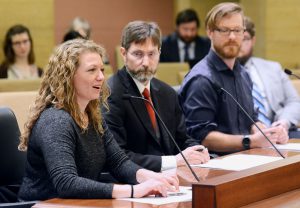