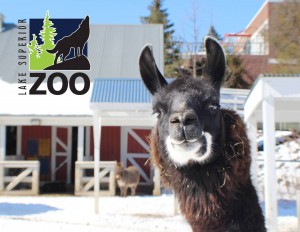 ST. PAUL, Minn. – On Tuesday Sen. Roger Reinert (DFL-Duluth) introduced three bonding bills he considers important for Duluth. The bills address needs in the community that will help improve economic activity and quality of life. The legislature passes bonding bills to pay for improvements to existing state-owned infrastructure or help assist communities construct new buildings that will serve in the public’s interest. Duluth received around $19 million in the 2014 bonding bill and Reinert hopes this year will prove equally fruitful.

The Lake Superior Zoo is requesting $3.8 million in bonding to convert its Polar Shores exhibit into an amphitheater. The exhibit was destroyed during the 2012 floods and the Zoo wants to transform the space into a special events center that could host a variety of private and public functions including small concerts, educational programming and fundraising events.

“The Lake Superior Zoo is near and dear to my heart, and is equally special to thousands of Duluthians. The 2012 flood affected all of us, and the Zoo is still working hard to fully recover. This bonding request will help the Zoo along its path to the future,” said Reinert.

The third bonding bill introduced on Tuesday addresses the need for a public water recreation activity facility in Duluth. The Duluth Boat Club is planning an expansion to support this project. The Boat Club is requesting $1.466 million for the first phase of its project which includes building a floating dock, a walkway, plaza and kayak storage.

“Duluth is a city built on and around the water, The Duluth Boat Club has really stepped up for the public good, and I’m eager to carry this bill on behalf of everyone who will benefit from this project,” said Reinert.

The City of Duluth is also backing two additional bonding projects authored by Reinert. The Duluth Steam system is requesting $25 million to help the city complete the design and to renovate and upgrade its municipal steam facility and systems. The Western Lake Superior Sanitary District (WLSSD) is requesting $13.5 million to design and build a combined heat and power system for use at the WLSSD’s wastewater treatment facilities. The system would create biogas, which keeps regional wastewater treatment costs stable and contributes to the state’s renewable energy goals with clean, cost-effective energy.

Whether or not there will be a bonding bill during the 2015 session is still uncertain, however these bills would also be considered during the 2016 session if a bill is not passed this year.