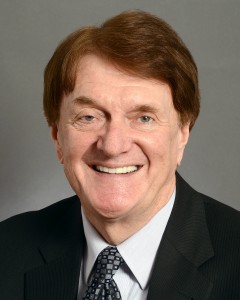 SAINT PAUL, Minn.  – The Senate Capital Investment Committee is coming to the eastern suburbs on Tuesday, Dec. 1. After traveling around 2,500 miles across the state, the committee is zeroing in on project proposals in the Twin Cities suburbs. Sen. Chuck Wiger (DFL-Maplewood) is looking forward to welcoming his colleagues to his corner of the state.

Next up on Tuesday’s schedule is a stop at White Bear Lake Public Schools. The school district, in conjunction with the city is requesting $15 million to build the White Bear Lake Area Community Achievement Center. This center will house programs designed to eliminate the achievement gap by ensuring that all students are ready for kindergarten by providing a holistic, innovative approach to early childhood and family education.

The final stop in Sen. Wiger’s district is at Century College. College leaders are requesting $5.5 million in bonding funds to design and renovate a portion of their campus to create an Engineering and Applied Technology Center. The proposed center will offer flexible classroom space and lab space for STEM and related programs. Century College says the redesign will help increase enrollment and retention at the school while reducing deferred maintenance costs.

“I’m really happy our communities have the opportunity to present our bonding priorities to the Senate Capital Investment Committee. All of the projects in my district represent strong and solid investments that will help spur economic development, increase the level of education in our community and make our region more competitive,” said Sen. Wiger.

For a complete itinerary visit: http://build.mn/events/. Bonding tour stops in Sen. Wiger’s district are as follows: