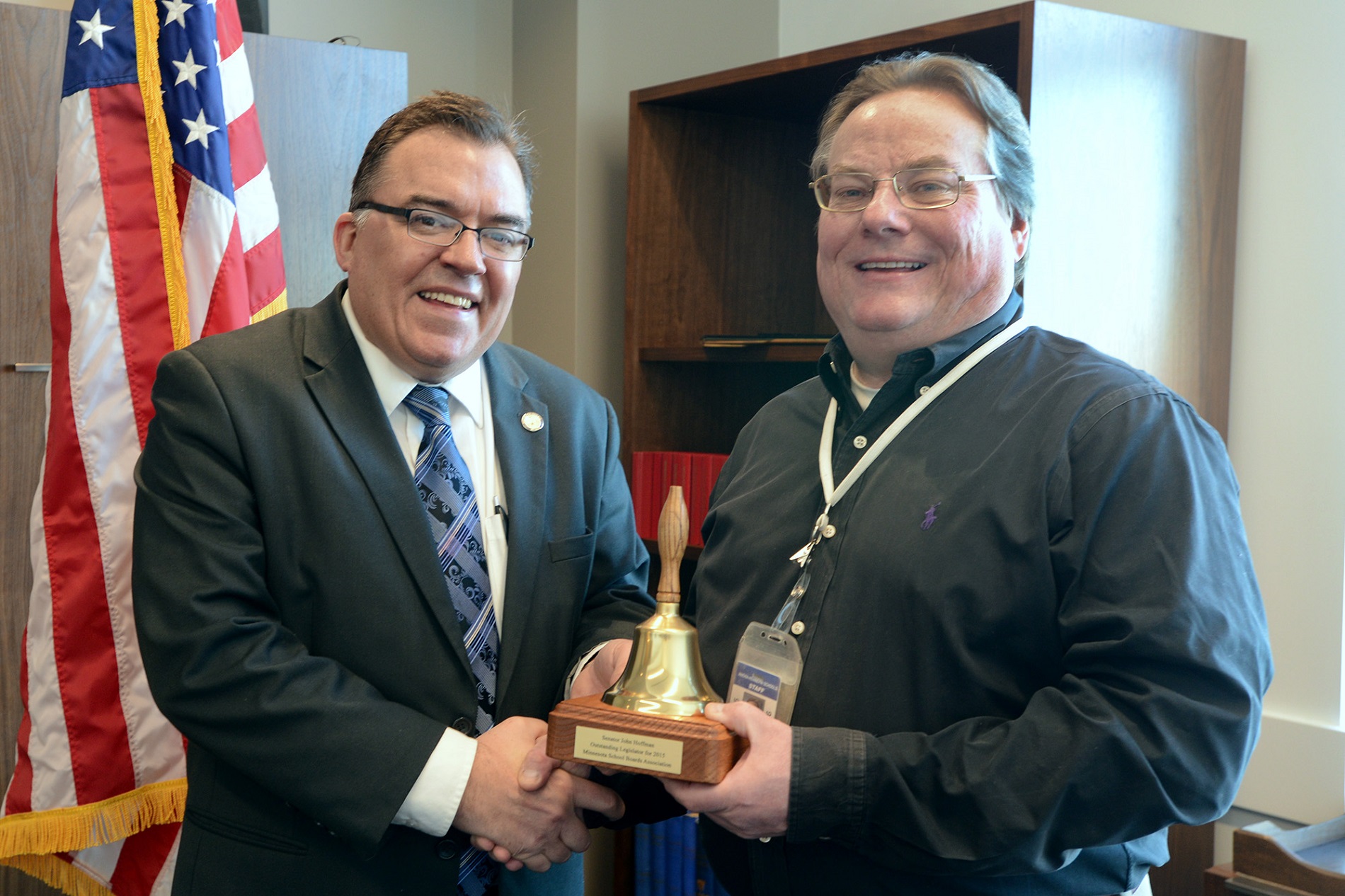 he Minnesota School Boards Association (MSBA) awarded Sen. John Hoffman (DFL-Champlin) on Tuesday as one of its “Legislators of the Year” for 2015. According to MSBA, Sen. Hoffman was selected for the award in part due to his extensive work to make sure all schools in Minnesota are equitably funded. Hoffman says it’s an honor to be recognized.