The 2015 Session convened this week with a forecasted $1 billion budget surplus. The twice-annual forecast from Minnesota Management & Budget provides a snapshot of the state’s economy and predicts if the state should have a projected surplus or budget deficit.

The positive balance is reflective of the state’s healthy economic climate and of Democrats’ work to create a balanced budget that provides long-term financial stability. 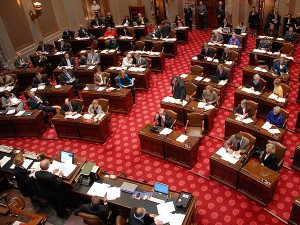 This positive budget balance is in stark contrast to the past three budget-setting legislative sessions, which faced deficits of $1.1 billion, $6.2 billion and $4.8 billion, respectively. The good news is that Minnesota’s economy continues to show progress and the state is on the right track.

Although the surplus is encouraging, we must be prudent as we move forward. State economists and other non-partisan fiscal experts expressed caution about the surplus, highlighting inflationary costs that are not reflected in the budget forecast and the recent volatility of Minnesota’s budget.

Senate leaders also encouraged a cautious approach to any spending measures and emphasized the importance of bolstering the state budget reserve account–or “rainy day” fund–which is about $1 billion less than it should be, according to the non-partisan fiscal office that manages the long-term stability of state tax dollars.

On Jan. 27 Gov. Dayton will submit his budget proposal to the legislature. In late February, an updated budget forecast will guide lawmakers in making their final decisions on creating the two-year budget that begins on July 1, 2015.

Along with ongoing budget considerations, the Senate has released the first six bills of the biennium. Covering emergency flood relief, support for rural health care, and a number of initiatives for children and students, the content of the first six bills is a sign that the Senate DFL Caucus is putting its best foot forward for Minnesota families.

These bills create long-term plans to help Minnesotans continue economic and educational advancement—and spread those successes to every region of the state.

Minnesotans deserve a legislature that listens to different ideas and engages in reasoned debate. There is difficult work ahead, but the Senate is committed to bringing all ideas to the table and working together to address our state’s challenges with a focus on the priorities we all share: balancing the budget responsibly and strengthening Minnesota families and businesses.