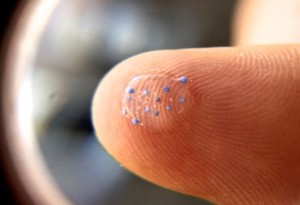 The Senate Environment and Energy Committee heard testimony on several bills aiming to ban the use of microbeads in personal care products. Microbeads are plastic particles less than five millimeters in size. When used in personal care products like facial scrubs, soaps and toothpaste, the tiny microbeads head straight for our water systems. A single product can contain 350,000 beads. Because of their small size, microbeads are washed down the drain and cannot be filtered out in waste water treatment facilities. Microbeads make it to our water ways, including lakes, oceanic gyres, bays, gulfs, and inland waterways. Their small size can make them look like fish eggs, and they are frequently consumed by other fish.

The Minnesota Pollution Control Agency produced a report looking at microbeads in Minnesota waterways and presented their findings to the Senate Committee. The agency testified that much research has been conducted in the Great Lakes on the presence of microbeads. According to the report, the average abundance for samples from Lakes Superior, Huron and Erie was approximately 43,000 microplastic particles per square kilometer.

Several personal care products companies are already voluntarily phasing out the use of microbeads, including Colgate, Palmolive, Johnson and Johnson, and Unilever.

One testifier stated there are a dozen states across the country that are currently considering microbead legislation. Questions arose in committee about whether or not banning microbeads might be more effective at the federal level. Bill authors and testifiers spoke about importance of states leading the efforts, with federal legislation coming later in response to state bans.

Senator Marty’s proposal was approved by the committee and passed unanimously. It will be heard next in the Commerce Committee. (S.F. 507)