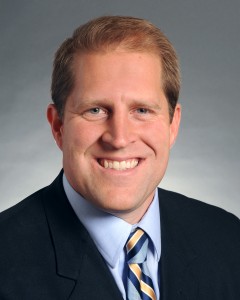 SAINT PAUL, Minn. – Minnesota’s Office of Broadband Development is accepting applications for the next round of Border-to-Border Broadband infrastructure grants through Tuesday, Sept. 15. This marks the second year of the program’s operation following a successful first round of grants that will extend high-speed Internet service to approximately 6,000 homes, hundreds of businesses, and scores of community anchor institutions such as schools, hospitals, and libraries.

“The first round of the Border-to-Border Broadband fund was met with great enthusiasm and interest, attracting dozens of high-caliber applications from around the state,” Sen. Schmit said. “The fund’s success is testament to the tireless work and advocacy of countless stakeholders throughout Minnesota, and the continued success of the grant program is essential to ensuring that all communities, homes, and businesses have access to high-speed Internet for economic competitiveness and quality of life.”

The Office of Broadband Development will accept applications for the grant program until 4 p.m. on Sept. 15. In addition, the Office is also calling for expressions of interest from potential future applicants that may not apply for round two funding but are interested in broadband infrastructure assistance in the near future.

“Despite the grant program’s initial success, the modest funding for round two has been discouraging to many applicants,” Sen. Schmit added. “Given the incredibly competitive environment for broadband funds, applicants are encouraged to submit expressions of interest rather than sit out the funding round entirely. Although Minnesotans across the state recognize the vital important of broadband access, it’s incredibly important for policymakers to hear from potential applicants.” In 2014, a similar process administered by the Federal Communications Commission garnered responses for over $600 million in near-term broadband projects in Minnesota alone.

Working closely with a growing coalition of supporters, Sen. Schmit introduced legislation calling for the matching grant fund to promote investment in new broadband infrastructure. The fund and its initial $20 million appropriation was approved by the 2014 Legislature; the fund received $10 million of additional funding during the 2015 session.