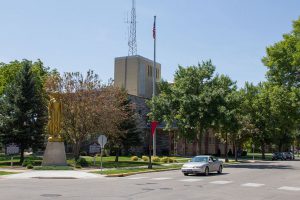 After a successful listening tour in Grand Rapids in March, a new group of us have embarked today for Willmar. We are leaving St. Paul behind with just three weeks left of session and are on our way to Western Minnesota. This time we hail from Shoreview, Hastings, Bloomington and Woodbury, and we’re all looking forward to spending some time with voters who may see things different from our own constituents.

We are finding our way back to Greater Minnesota by visiting communities across the state. We have recognized that sometimes we spend too much time in St. Paul – and we want to help erase the growing divide (whether real or imagined) that exists between the Twin Cities, and more rural parts of the state.

We believe that there is a lot more we have in common with people in Greater Minnesota than Republicans will have you believe.

We’ve already learned so much from our colleagues’ visit to Grand Rapids. To hear exactly what it is that people in small towns want their legislators to get done – that’s powerful. So we’re back and looking forward to touring Willmar and the surrounding area – and learning more about what makes this region tick.

With each new community we visit, we will take what we learn and share it with our colleagues in St. Paul. We strongly believe that we are one Minnesota – and we want to make sure what we’re doing at the Capitol is reflecting ALL Minnesotan’s values