St. Paul, Minn. – DFL senators and Minnesotans of diverse backgrounds announced at the State Capitol this morning the Senate’s first comprehensive plan to address the epidemic of gun violence in our society. The new plan is being introduced today to build on the momentum of the March for Our Lives events that took place across the country Saturday.

“This past weekend, we witnessed the largest mass protest against gun violence in our nation’s history,” said DFL senators* in a joint statement. “Minnesotans are desperate to have a civil conversation about gun violence with their elected officials. The plan we are announcing today is intended to get us closer to having that conversation.” 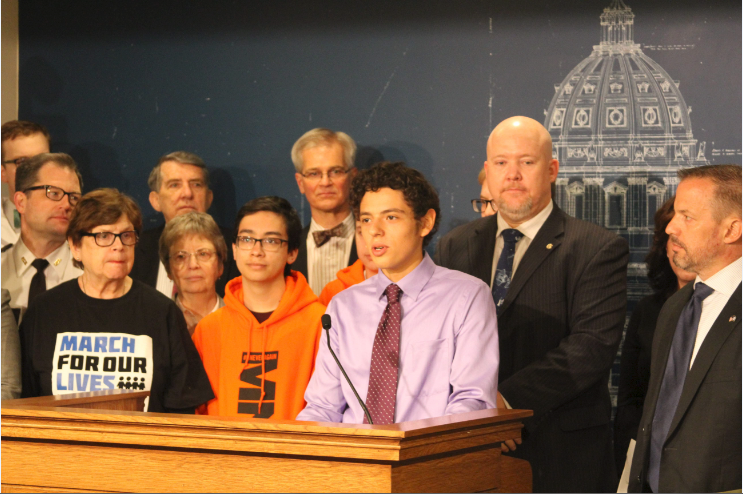 A majority of Senate DFL Caucus members are authors or co-authors of the bills included in the plan. Authors made requests for their bills to receive public hearings. Senate Republicans have a one-seat majority and are the sole decision-makers as to whether or not bills get a public hearing. 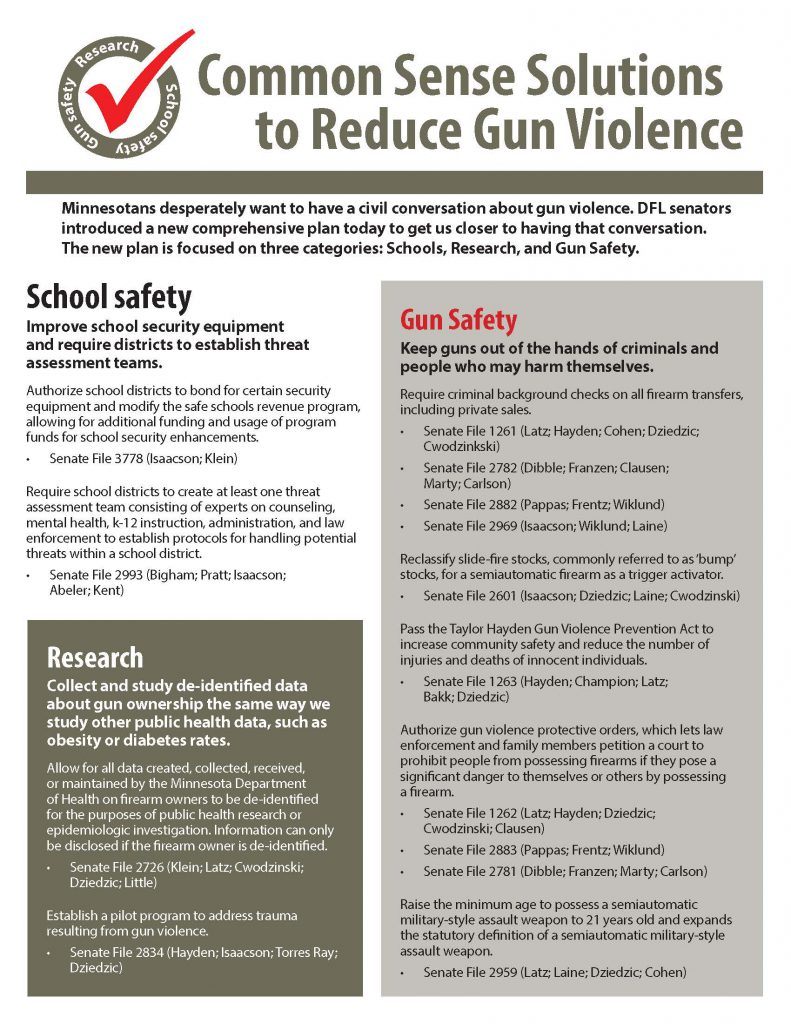 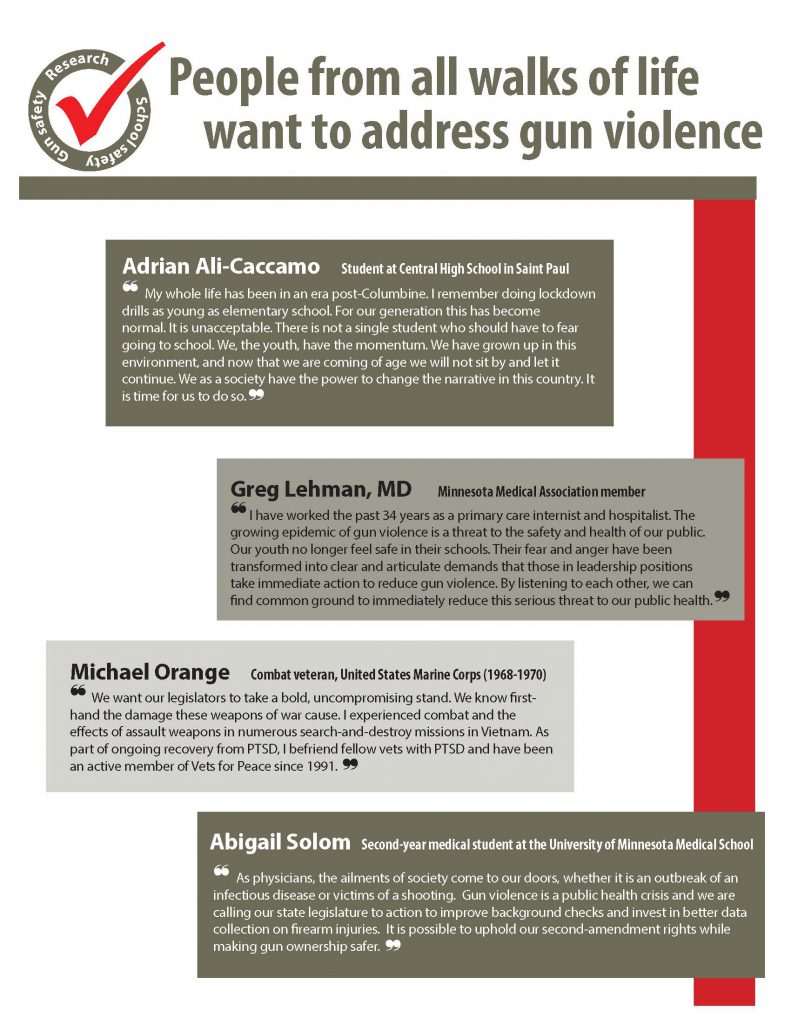