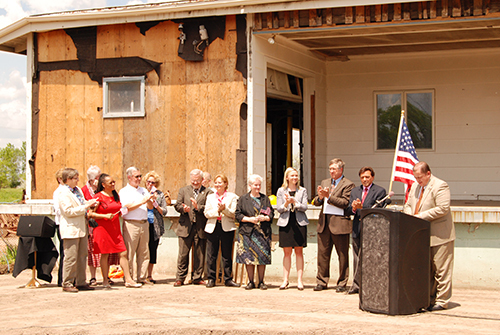 Friday, June 6 marked the ceremonial end of demolition for the Twin Cities Army Ammunition Plant (TCAAP) in Arden Hills. Once a provider for thousands of jobs during World War II, the site has laid vacant for several years. In an effort to transform the former plant into a thriving community filled with retail, parks, commercial space and residential areas, the TCAAP site is now undergoing redevelopment work.

Senator Bev Scalze joined local officials to help begin the tear down of the final building on the 427-acre site. With significant interest already from businesses across the country looking to relocate, the former ammunition plant is on its way back to economic prominence.