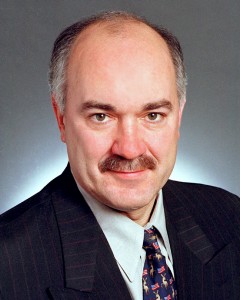 ST. PAUL, Minn. – Starting July 1, qualifying patients will be able to receive their first dose of legal medical marijuana at two centers located in the Twin Cities. Several other sites will be opening next year including one in Hibbing and St. Cloud. The new law means relief is finally here for families who have been leading the fight for legalization for years.

The legislature’s $525 million E-12 bill also goes into effect on July 1, meaning 2 percent increases for this coming school year and the 2016-17 school year, which means much less, if any need for cuts. The additional funding is also good news for families with young children, the E-12 budget includes $89 million in new funding for early childhood education. When children attend pre-k programming, studies show they are more prepared for kindergarten, and that preparedness extends throughout their academic careers.

Several new laws and reforms relating to health and human services also begin tomorrow including child protection provisions and a funding increase. All Minnesota counties will now be required to conduct background checks on all child protection workers either hired or given new duties after July 1. Counties will also start receiving additional funds form the state to increase staffing for child protection units. Rural dental providers practicing outside the seven-county metropolitan area will start receiving an increase if they serve Medical Assistance patients.

Several laws relaxing hunting restrictions for seniors were implemented this year including allowing the use of scopes on muzzleloaders for hunters over the age of 60 and Minnesota residents aged 84 or older are now allowed to take a deer of either sex. Minnesota veteran’s home residents can now get a firearm or muzzleloader deer license during the deer hunting season and take antlerless deer without a permit.

Several rail safety provisions passed in 2014 are going into effect this July including requiring railroads to deploy enough equipment and trained personnel to clean up an emergency within a specified time period of a confirmed spill or leak. Railroads are also required to conduct at least one oil emergency response drill every three years.

“This session the legislature passed the third largest investment in schools in state history, we removed outdated restrictions on hunting for seniors, we stepped up requirements for railroads to ensure our rail lines and the communities that are located near them are safe. We also made important steps forward to ensure the protection of Minnesota children. While this session certainly had its challenges, I’m proud of the work we did to make life better for all Minnesotans,” said Sen. David Tomassoni (DFL-Chisholm).