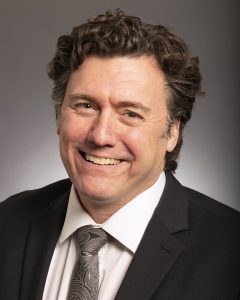 Senator Aric Putnam was first elected to the Minnesota Senate in 2021. He represents Senate District 14, which covers the communities of St. Cloud, Waite Park, St. Augusta, Haven, and Minden Townships.

Putnam grew up in California so that his father could pursue his dream of working with computers. He currently lives in Saint Cloud, MN with his wife, Laurie (Assistant Superintendent for District 742), and two children.

Putnam graduated from San Francisco State University, finished his Master’s in Maine, and then came to Minnesota, where his Mom is from, for his Ph.D. at the University of Minnesota. He was then hired as a professor of communication at Saint John’s University and the College of St. Benedict, where he has taught and researched for the last 17 years.