First elected to the Senate in November 2012 and re-elected in 2016, Senator John Hoffman represents residents of Minnesota Senate District 36 which includes the city of Champlin, parts of Brooklyn Park, and Coon Rapids.

Hoffman’s business experience is in both the private and public sectors. He has co-founded two companies dedicated to consumer credit and financial management. He is also the Marketing Director and Public Relations Director for ALLY People and Business Solutions, an organization that finds employment opportunities for adults with disabilities.

Hoffman worked at PACER Center, one of the nation’s oldest and most respected Parent and Training Information Centers from 2001 through 2007. Hoffman’s areas of expertise include Natural Environments/Inclusion/Least Restrictive Environments, Special Education Law, Parent Training, Early Childhood Education, and Juvenile Justice. He coordinated the PACER Center’s partnership with the National Early Childhood Technical Assistance Center at the University of North Carolina’s Frank Porter Graham Early Childhood Institute. In this capacity, he provided technical assistance to both local and state personnel as well as individual families. From 1997-2001 Hoffman was a Technical Assistant/Program manager with Iowa Department of Human Services working with Interstate Compact Laws as well as in their development and response to the Infants and Toddlers Act of IDEA. He also served on the Technical Assistance Team for PART C. Hoffman also served on the Governor’s Special Education Advisory Committee and was appointed by the Senate to a Family Support Sub Committee. Vice President Al Gore also recognized him for his work with Iowa Access in Partnership for reinventing government. 1991-1997 he worked for the Department of Youth Services for Polk County Iowa as a Supervisor of Juvenile Detention Center.

Sen. Hoffman served, by Mayoral appointment, on the Northwest Hennepin Human Services Advisory Council. In 2001, United States Secretary of Education Rodney Paige appointed him to serve on the Federal Interagency Coordinating Council- a federally mandated council that is charged with advising and assisting the Secretaries of Education, Health and Human Services, Defense, Interior, and Agriculture as well as the Social Security Commissioner in their response to services for Children and Families with disabilities ages birth to six. He was also a Federal Title V reviewer for HRSA (Health Resources and Services Administration) in the U.S Department of Health and Human Services. In 2003 he was appointed to a 3-year term by the Governor of Minnesota to serve on the State Interagency Coordinating Council. In 2004, he was appointed to serve on the MN MCHB Health Advisory Task Force. He served on the Board for directors for Family Voices of Minnesota and Midway Chamber and served as Clerk on the Board of the Metro ECSU (Metropolitan Educational Cooperative Service Unit). He was elected in 2005 and served as Vice-Chair of the Anoka Hennepin School Board, which is the largest School District in the State of Minnesota, until being elected to the Minnesota State Senate in 2012.

Hoffman currently serves on the Aging and Long-Term Care, Agriculture, Rural Development and Housing Policy, Energy and Utilities, and Human Services Reform committees. He also serves as the chair of the Governor’s Developmental Disabilities Council.

Hoffman, his wife, and daughter reside in Champlin, MN. 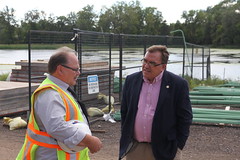 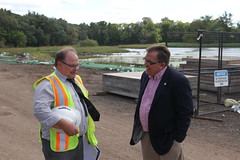 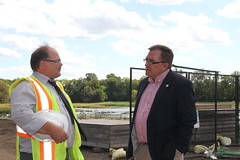 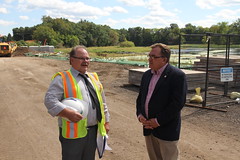 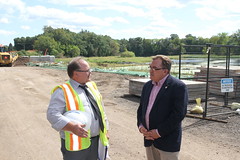 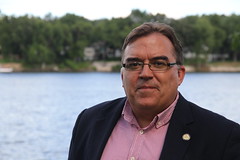 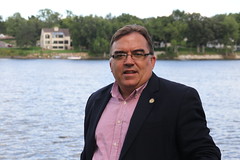 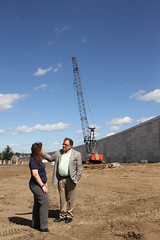 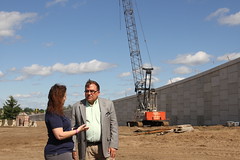 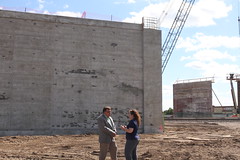 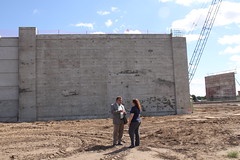 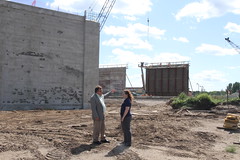 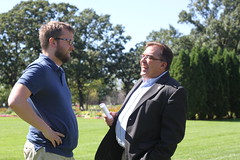 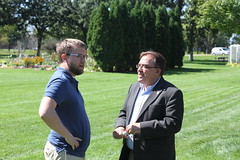 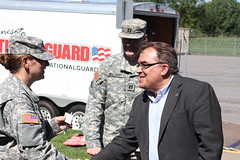 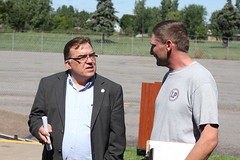 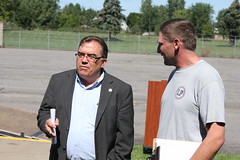 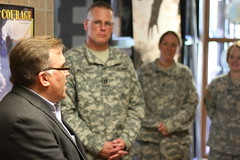 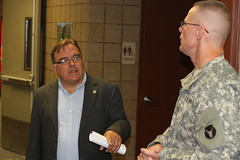 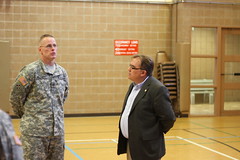