St. Paul, Minn – State Senator Karla Bigham (DFL- Cottage Grove) was sworn in today as the newest State Senator representing the southeast metro, including parts of Dakota and Washington counties, after winning a February 12 Special Election. Bigham served four years in the House of Representatives, as a Washington County Commissioner, and as a Cottage Grove City Council Member before becoming a state Senator. Bigham’s top issues include improving the quality of life of residents by creating living wage jobs, making sure our communities are safe and expanding education programs for area schools.

“It is an honor and a privilege to be elected to the Minnesota Senate,” said Sen. Karla Bigham. “I understand how important it is to actively listen to all residents and to partner with local government to ensure our communities are the best possible place for us to live, raise our families and start a business.” 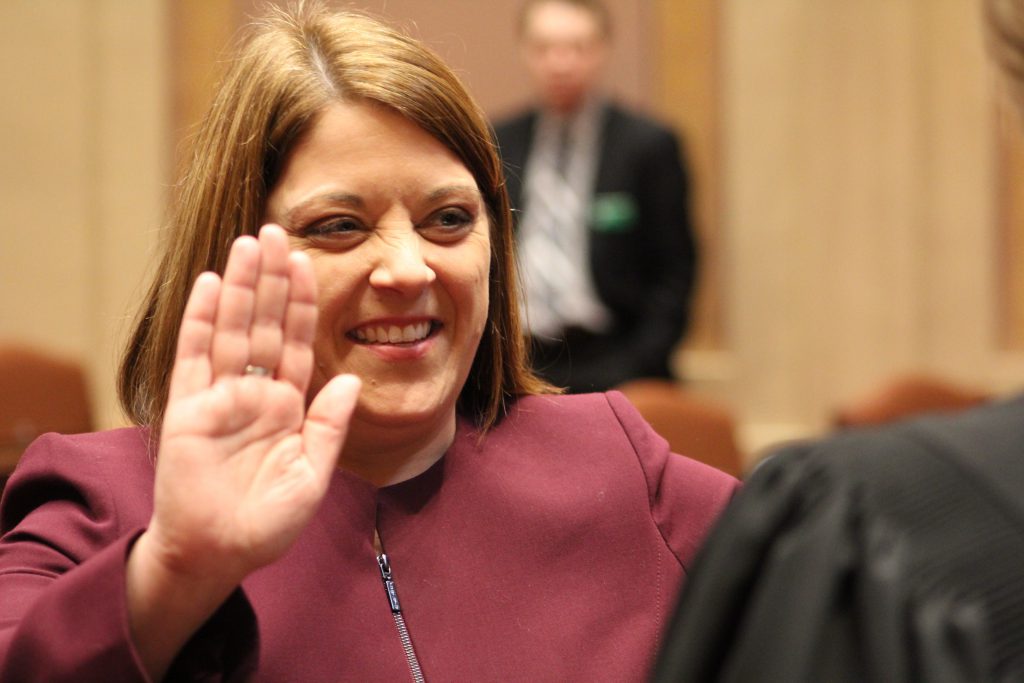 Karla Bigham is sworn in as state senator.

Senator Karla Bigham is a lifelong resident of Washington County. During her tenure in the House, Bigham was Vice Chair of the Public Safety and Civil Justice Committee, and served on the Public Safety Finance, State Government Finance, and Veteran Affairs Committees. As a Cottage Grove council member, she led the effort to secure funding and establish partnerships for the police department’s K9 Unit. Prior to serving on the city council, Karla chaired the Cottage Grove Public Safety, Health, and Welfare Commission.

Senator Bigham earned a Master of Public Affairs degree from the University of Minnesota. She holds a bachelor’s degree as a paralegal, with minors in sociology and political science from Winona State University. Senator Bigham is a graduate from Park High School and lives in Cottage Grove with her husband, John, and two rescue dogs.