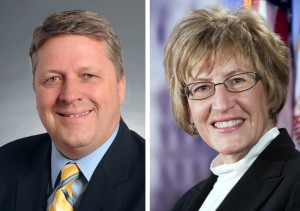 This is in sharp contrast to proposals by our House Republican colleagues. Their proposals cut a proven Minnesota Job Creation and investment funds, diminished an existing rural housing program by cutting the fund that expands affordable workforce housing in areas of job growth, and only facilitate commercial property tax relief that helps the largest corporations residing in the metro area.

The Senate DFL tax bill includes $5 million for workforce housing tax credits to encourage development in rural communities statewide that have low vacancy rates, yet high need for market rate housing. Lack of housing for employees discourages business expansion in rural communities. At the same time, the Senate jobs bill provides more money for adult workforce development grants. This is designed to help people find and retain employment in communities where business will stay rural if they can find the skilled workforce they need.

As rural legislators we are particularly pleased with the Senate’s recognition of the vital importance of broadband infrastructure in the rural area. The Senate supports local bonding authority for this purpose and we like the Governors’ proposal of $30 million for infrastructure.

The Senate DFL is increasing money available for school facilities funds so rural districts can join the already funded larger districts in the metro area that have the money they need to fix and maintain aging school buildings. The DFL Senate also removes the cap on Q Comp which will allow rural schools to take advantage of the extra $260 per student other mostly metro schools get to improve their alternative compensation plans for teachers. Alternatively, the Republican budget leaves rural Minnesota behind.

And that’s not all.

The Senate DFL is proposing an 8 percent cap on Agricultural land property tax increases to help mitigate the spikes experienced by rural land owners. This relief along with increases in LGA will help rural communities sustain essential services without increasing property taxes.

In a year that the state is finally NOT facing a deficit to resolve with cuts, the Senate DFL believes it is time to show a real interest in rural Minnesota by addressing the concerns of our rural communities.

This post was originally released by Sens. Kevin Dahle and Kathy Sheran on May 8, 2015.