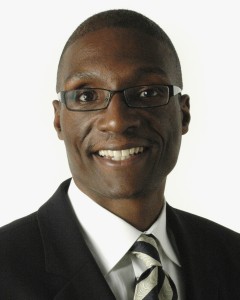 The Minneapolis Star Tribune recently published an article on a Minnesota Pollution Control Agency (MPCA) analysis of air monitoring data, which has confirmed lead levels in North Minneapolis are 10 times higher than other locations. MPCA regulators say they’re concerned and need to investigate this further. Personally, I’m incredibly disturbed by this news.

These lead levels affect air quality, and the impact on air quality in the area has a serious potential for harm over the long term. North Minneapolis is a place where families live and work, kids go to school and play – and now face health risks that are beyond their control. The MPCA’s analysis now gives residents a reason to add the potential for health issues to everyday trepidations – possibilities like respiratory irritation, lung damage, cancer, cardiovascular problems, or developmental problems in children. This is not acceptable in the least.

MPCA has worked over the last year to reduce emissions with a handful of the likeliest sources in the area. The agency’s assistant commissioner said more can be done, like having potential sources sign agreements with the MPCA – to date, none have done so. But those of us in North Minneapolis can take an easy guess as to the source of these lead levels – and that’s Northern Metal.

I’m surprised a few key facts were left out of the article that would have provided a great deal of context. It was interesting the article included the bit about an unnamed outside consultant who in January claimed the pollutant controls he or she evaluated at Northern Metal were “among the most extensive and detailed I have seen.” It was also interesting that the article did not include the fact that Northern Metal has been particularly adversarial – from asking a judge in June to end air quality monitoring, to offering to move its controversial metal shredder out of the metro so long as the MPCA backs off for three entire years, to answering reports of continued violations with dishonesties. Northern Metal, we both know your existing pollution control systems are anything but the best.

Northern Metal Recycling is under court order to conduct further testing to determine if the facility is in compliance with its MPCA-issued air emissions permit.  But there’s more – the MPCA recently learned that Northern Metal may have changed operations or added new emission sources, or both, without informing the MPCA, which would be a violation of its permit. This could – and hopefully will – result in the revocation of the company’s permit.

There’s a lot of uncertainty at this point, but one thing is clear:

It’s excuse after excuse for violation after violation – all the while an MPCA staff attorney actually said, “We can’t let people breathe that air.” To me, it’s growing increasingly obvious that the power of profit is being placed over people’s lives. We’ve seen what happens when money has too much influence, when it takes precedence over the safety of communities – just look at Flint, Michigan. The MPCA will continue doing what it can, and city and state officials should take note: The people of North Minneapolis do not deserve this – and Northern Metal must once and for all get it right or find another place of operation.

Senate District 59
Bobby Joe Champion represents District 59, which includes portions of downtown and north Minneapolis in Hennepin County. He is also an attorney.