ST. PAUL, MINN – State policy makers will return to the Capitol in 2015 to a projected surplus of $1.037 billion, according to Minnesota’s State Economist, Laura Kalambokidis. Sen. Foung Hawj (DFL-St. Paul) sees the surplus as a positive for both Minnesotans and the state economy.

“A healthy economy and a budget surplus occur when the state makes responsible investments. 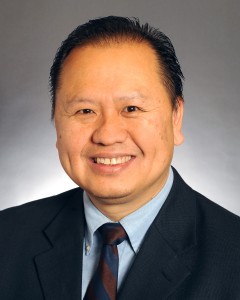 I look forward to the 2015 Session and further helping to improve the lives of Minnesotans,” said Sen. Hawj.

The Minnesota Management and Budget Office (MMB) reports the surplus came from a combination of higher than expected revenues and lower spending. The savings came primarily from lower Medical Assistance spending which helped add significantly to the budget forecast. According to forecast data, 25 percent more adults without kids enrolled in Medical Assistance while fewer families with children and elderly and disabled people enrolled.

“While operating in a surplus is always better than fixing a deficit, we need to take into consideration inflation on current budget commitments which will eat up a significant portion of the surplus,” cautioned Hawj. He added, “Let’s also remember that these budget figures are still projections, we won’t have the final numbers until the February forecast is released.”

For more information on the November Forecast or any other legislative concerns, Sen. Hawj can be reached by email at Sen.Foung.Hawj@senate.mn or by calling his office at (651) 296-5285.