Scalze will not seek re-election 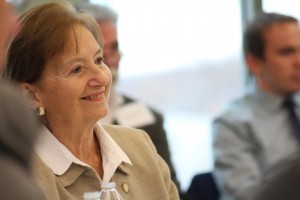 ST. PAUL, Minn.— Sen. Bev Scalze (DFL, Little Canada) announced Wednesday that she will not seek re-election to the Minnesota State Senate in 2016. Scalze’s decision brings to a close a long chapter of public service, having first been elected to public office in 1978.

“I am looking forward to having more time to spend with my family, especially my two granddaughters who live in Florida. I am also eager to focus more time and energy on my wildlife art,” Scalze said. 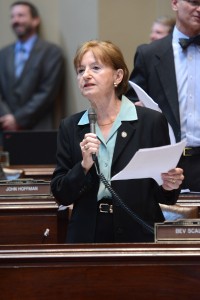 A graduate of Lake of the Woods High School in Baudette, Minnesota, Scalze attended the College of Visual Arts in St. Paul where she studied wild life art. Serving as Co-Chair of the Legislative Water Commission, her connection to the natural environment has played a significant role in her legislative career.

“As a co-author, I was so pleased when Minnesotans approved the 2008 Legacy Amendment. This was an important, lasting gift to give our future generations,” Scalze praised.

Scalze has also served for three years as the Vice Chair of the Capitol Investment Committee in the Senate. The Senate District 42 democrat is especially proud of her infrastructure accomplishments.

“I am proud of the investment we have made in the Rice Street bridge at Highway 36 as well as the infrastructure at Rice Creek Commons at the former arsenal site. These developments have allowed the Northeast Metro to continue to grow and expanded opportunities for my community,” Scalze said.

Scalze and her husband will continue to live and work in Little Canada, spending free time with their two children John and Gina and five granddaughters.