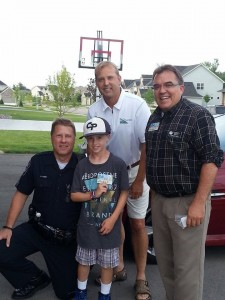 For the third year in a row Sen. John Hoffman (DFL-Champlin) is holding a Night to Unite sticker contest and is looking for your art submissions. The contest asks participants to create an image in the Night to Unite spirit — about celebrating your neighborhood, getting to know your neighbors and making positive connections with our local first responders.

The drawings should be sent to the following address by July 20.

The winner of the sticker contest will have their drawing created into stickers which will be handed out to local children in Sen. Hoffman’s district at the Night to Unite event on Tuesday, August 4.

For questions about the contest or other issues you can contact Sen. Hoffman at Sen.John.Hoffman@senate.mn or by calling his office at (651) 296-4154.