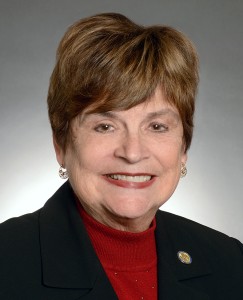 Women- and minority-owned businesses are eligible for nearly $4 million in additional tax credits this year, but only until Sept. 30. The Small Business Investment Tax Credit – commonly known as the Angel Investment Tax Credit – was enacted in 2010 and is one of several mechanisms helping entrepreneurs and small business owners across our state. In the half-decade since it was created, 284 Minnesota businesses have attracted nearly $250 million in angel funding.

After four years of encouraging investment with the Angel Investment Tax Credit, my legislative colleagues and I sought to encourage greater diversity in the program during the 2014 session. We dedicated $7.5 million of the annual appropriation to be targeted to Greater Minnesota, as well as women- or minority-owned businesses through Sept. 30 each year. Any funding unused by these targeted groups is made available for other Minnesota startups starting Oct. 1. Our 2014 changes also expanded the definition of qualifying businesses so more startups could take advantage of the program. These policies are helping increase the number of traditionally underrepresented business owners across our state. In fact, 20 women-owned businesses have already been certified by this tax credit program.

The credit provides qualified investors a 25 percent tax credit on investments of at least $10,000 into a certified Minnesota business. Certified businesses specialize in growing industries such as technology, agriculture, or transportation, and are critical to the economic health of our state.

According to Minnesota’s Department of Employment and Economic Development (DEED), more than 80 startup companies have been allocated a total of $12 million in tax credits so far this year. Of that $12 million, $3.7 million has been used for investments in businesses based in Greater Minnesota or owned by women or minority members. DEED estimates these credits will generate $48 million in angel funding for emerging Minnesota businesses.