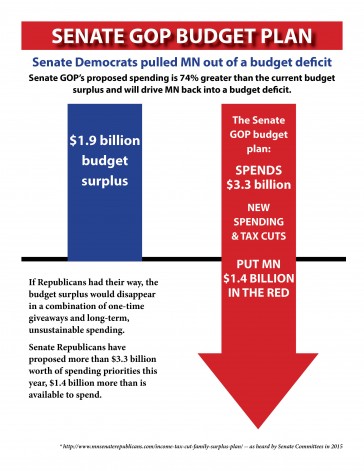 Minnesotans have many reasons to be proud of our state, and one of the newest is our $1.9 billion state surplus and stable budget, a welcome change from years of chronic deficits. We have finally stabilized our finances, and Minnesota’s economic outlook is the strongest it has been in years. Of course, a budget surplus of any size is no excuse to stop governing responsibly. Even with a positive budget, we need to manage our state’s finances carefully, just as any family would do. Unfortunately, the Senate republicans have taken the surplus and gone overboard with cuts and new spending that can’t be supported. Senate republicans have proposed more than $3.3 billion in spending priorities this year: 74% greater than the current budget surplus and $1.4 billion more than is available to spend.

The Senate republicans saw a surplus and it didn’t take them long to find ways to spend it down into a deficit again. The Senate Republican plan adds up $1.7 billion in tax cuts, many of which are ongoing, year after year. We may have $1.9 billion more than fiscal experts expected us to have, but such a pleasant surprise this year does not mean we should count on having it every year. If a Minnesota family receives a surprise end-of-the-year bonus, it would be fiscally irresponsible to simply assume that bonus would be there every year, and that it would always be the same size.

In addition to their hasty tax plan, Senate republicans have proposed an additional $1.6 billion in new spending, which would put Minnesota right back into the red. Some of these proposals are good ideas that could normally find bipartisan support, but taken all together, they represent poor fiscal planning and a tendency to overspend the tax dollars that Minnesotans want invested very carefully. Restraint is key. Either republicans don’t expect to follow through on their spending promises, are intentionally putting Minnesota into a deficit, or don’t understand what their actions mean for taxpayers and our state’s bottom line. None are acceptable for Minnesota. 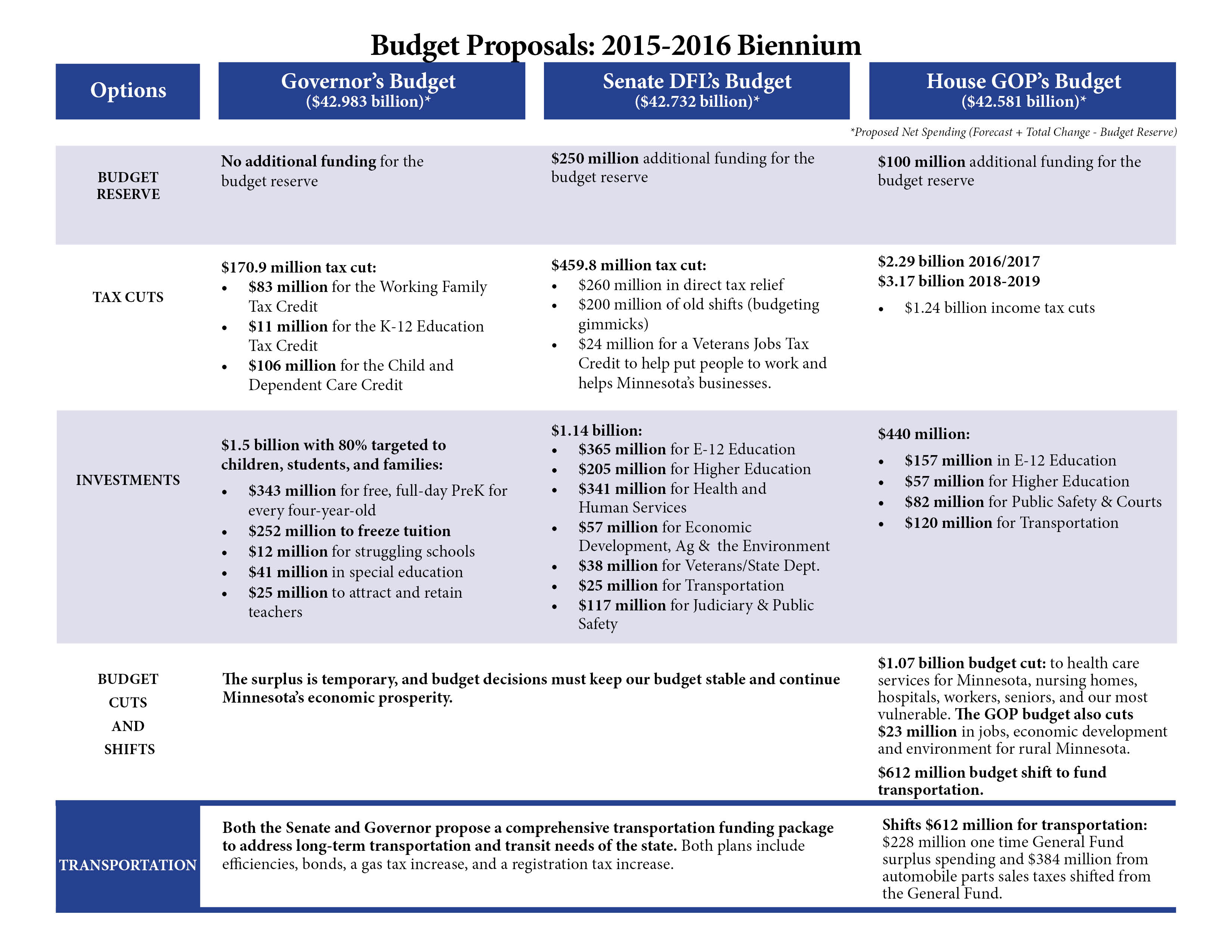