St. Paul, Minn. – Senator Erik Simonson (DFL-Duluth) is one of six state lawmakers selected to participate in the 2018 “Rising State Leaders” program, which features a multi-city tour in Canada later this month. The tour is an opportunity for American lawmakers to learn about the importance and integrated nature of Canada-U.S. relations as related to trade, energy, environmental stewardship, border security, and economic development. As part of the program, Simonson will meet with U.S. Consul General Katherine S. Dhanani. 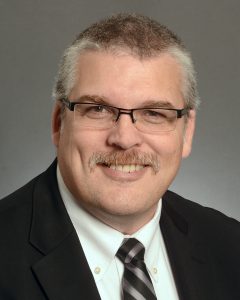 “It is an honor to be one of six people chosen to participate in the Rising State Leaders program,” said Sen. Simonson. “This is an important opportunity to gather information and apply it to my legislative service in Minnesota, especially as it relates to our mining and farming industries. There is growing tension between the United States and Canada as a result of the Trump Administration’s trade policies. Through this experience, I will learn more about the impact this development could have on Minnesota’s economy and share my findings with the public upon my return. According to the Minnesota Trade Office, Canada is Minnesota’s biggest customer, buying more than $4 billion in exports in 2017 alone.”

Launched in 2006, the Rising State Leaders program has brought over 80 state legislators to Canada for an educational working tour that includes meetings with provincial legislators, briefings and visits to legislative assemblies, and an emphasis on cross-border trade and supply chain networks that support economic development for manufacturing and agriculture in the U.S. and Canada.