St. Paul, Minn. – Senator Jim Carlson (DFL-Eagan) today participated in a rally to save lives by passing new distraction-free driving legislation. Sen. Carlson, the chief author of the legislation (Senate File 837), addressed dozens of Minnesotans who attended the rally, which took place in the Capitol rotunda.

“This is about saving lives and making sure no parent or family member ever receives a phone call about a death of a loved one due to distracted driving,” said Senator Carlson. “We all need to take more responsibility for the safety of ourselves and others when we’re behind the wheel. It’s time to hang up and drive.” 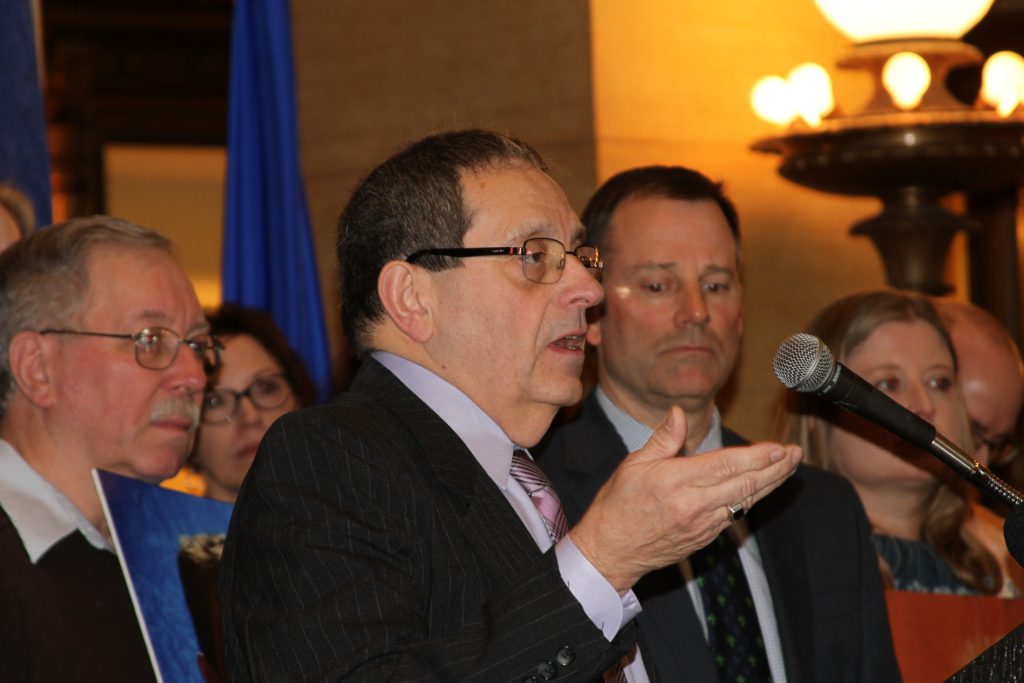 Accordig to the Minnesota Office of Traffic Safety, distracted or inattentive driving is a factor in one in four crashes, resulting in at least 70 deaths and 350 serious injuries each year.

Minnesota would join 14 other states and the District of Columbia in banning hand-held cellphone use while driving. The bill would still allow the use of a device in hands-free mode. Sen. Carlson says he authored this bill to reduce avoidable injuries and deaths. Minnesota is already one of 46 states to ban texting while driving. Devices that are exclusively for navigational purposes will be exempt from the hands-free ban as are first responders and someone contacting emergency assistance.

previousLegislative budget bill passes committee
nextWelcome back to the Legislature! Here’s what to look for in 2018