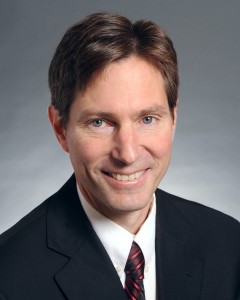 DEERWOOD, Minn. – The Association of Residential Resources in Minnesota (ARRM) honored Senator Kent Eken (04) with its 2015 ARRM Leadership Award on Thursday, September 24.  The presentation ceremony at Ruttger’s Bay Lake Lodge recognized Senator Eken for his ongoing dedication to supporting people with disabilities across the state. The ARRM Leadership Award was created over a decade ago to recognize innovative leaders whose advocacy work has significantly impacted Minnesotans with disabilities.

ARRM CEO Bruce Nelson presented the award and commended Senator Eken for his strategic legislative efforts, including rate reform and authorship of The 5% Campaign’s senate bills in 2014 and 2015. The Senator’s strong advocacy was instrumental in securing a five percent rate increase for Home & Community-Based Services in 2014; these essential services support 90,000 people with disabilities and older adults in Minnesota. The bill helped address a crisis, with the bulk of the funds going to underpaid direct care workers.

“I got involved in politics to make a positive difference in the lives of others. Strong unity is so vital to our success,” Sen. Eken shared in his acceptance speech to over 200 disability service leaders. He urged disability providers in attendance to continue advocating for needed reform and funding by telling their personal stories to legislators and Governor Dayton during the 2016 session. “A lot of people don’t realize the severity of the workforce crisis we are in,” he noted. “Surpluses give us the opportunity to make up for cuts to Home & Community-Based service in the past.”