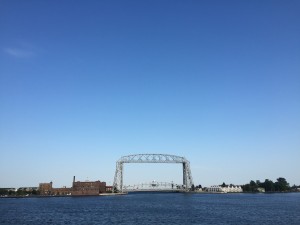 DULUTH, Minn – Sen. Roger Reinert (DFL-Duluth) addressed members of the press at the historic Glensheen Mansion Friday morning. The address was meant to highlight smaller Duluth-area bonding project he will be supporting in 2016. In 2014, the city received $19 million in bonding for four separate projects. Two years later, with a new mayor at the helm, the city has a new slate of projects its hoping to see funded.

“Duluth has four major infrastructure-related projects, but today was about putting my support behind these smaller, but still very important, projects,” said Sen. Reinert. “Glensheen Mansion is a great example. It doesn’t come out on top compared to classrooms, or airport runways, but it’s at a point where we can’t continue to neglect it.”

The projects Reinert discussed today include:

Reinert says the Duluth Boat’s Club bonding request goes hand-in-hand with Sky Harbor Airport’s bonding request. The Boat Club project requires some dredging to create a floating dock, while the Sky Harbor Airport could use the dredged material to change its runway orientation. Constructing both projects at the same time would help costs. Reinert is also supportive of the nearby Hermantown Essentia Regional Wellness Center request.

“All of Duluth’s bonding projects have critical importance to the city and our vision for the future. Glensheen Mansion, the Lake Superior Zoo and the Duluth Boat Club will all help create better public resources and gathering spaces for Duluthians,” said Reinert.