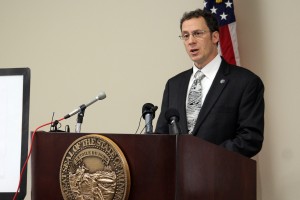 While overall crime is down, Minnesota is incarcerating a record number of people. This has led to prisoners being housed in local jails – giving rise to safety concerns for both staff and prisoners – has adversely impacted the Department of Corrections ability to provide adequate rehabilitative services to inmates, and is creating a significant financial burden on the state. Sen. Latz’s proposal contains several pieces of legislation that addresses these concerns. They include:

Senator Latz said the reform package will move Minnesota toward national sentencing norms while better using our corrections system to rehabilitate our fellow citizens and still maintaining public safety.  “Minnesota’s criminal justice system is at a crossroads. We must stop seeing offenders as numbers and recognize that nearly all of them will eventually return to our communities as neighbors and family members.”

Senator Latz continued, “This prison population reform initiative benefits our entire community. It helps those who have been incarcerated to successfully rebuild their lives and become productive citizens, while saving tax payers millions of dollars by reducing recidivism rather than building and maintaining expensive prisons. I would also like to take this opportunity to address the conversation regarding the possible lease or purchase by the state of the private prison in Appleton. Those proposals are non-starters. Besides the immense cost to the state of entering into an agreement with the owners of this private facility, we should not be using prisoners as an economic driver. We should be looking at the cost savings to the state by rehabilitating inmates rather than warehousing them.”