The Minnesota Senate provided much-needed tax relief to thousands of Minnesotans with its first bill passage of the 2015 Session. The tax conformity bill passed both the House and Senate with strong bipartisan support.

The legislature worked together to quickly pass a $20 million middle-class tax relief package in the first 20 days of the 2015 Session. This means less confusion for taxpayers and tax preparers, and more tax savings to teachers, homeowners, small business owners, and thousands of other Minnesotans.

The Minnesota Legislature is faced with considering tax conformity each time Congress updates the federal tax code. There have been past sessions when the legislature has not been able to afford to conform to many federal tax benefits, creating headaches – and higher bills – for taxpayers. This year’s quick conformity agreement is due in large part to the balanced budget passed in 2013. 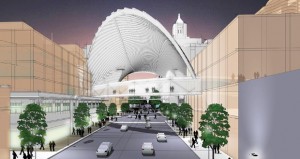 In addition to the broad package of tax cuts, the bill includes language to clarify a 2013 law authorizing Rochester Destination Medical Center developments. The DMC legislation provides state aid to Rochester to help improve transportation, public spaces, and other amenities, but only after $200 million in initial private investments have been made.

The original legislation intended the private investments to be calculated over the life of the project, but under the Attorney General’s interpretation of the law the investments would be calculated on a yearly basis. This opinion could potentially require billions of dollars in additional investments and would make it difficult for the DMC project to ever receive state aid. This bill is needed to ensure statute accurately reflects the legislature’s original intent.

Specific tax-relief measures in this bill include:

Gov. Dayton is expected to sign the bill into law quickly to maximize savings for Minnesota taxpayers. (H.F. 6/S.F. 50)