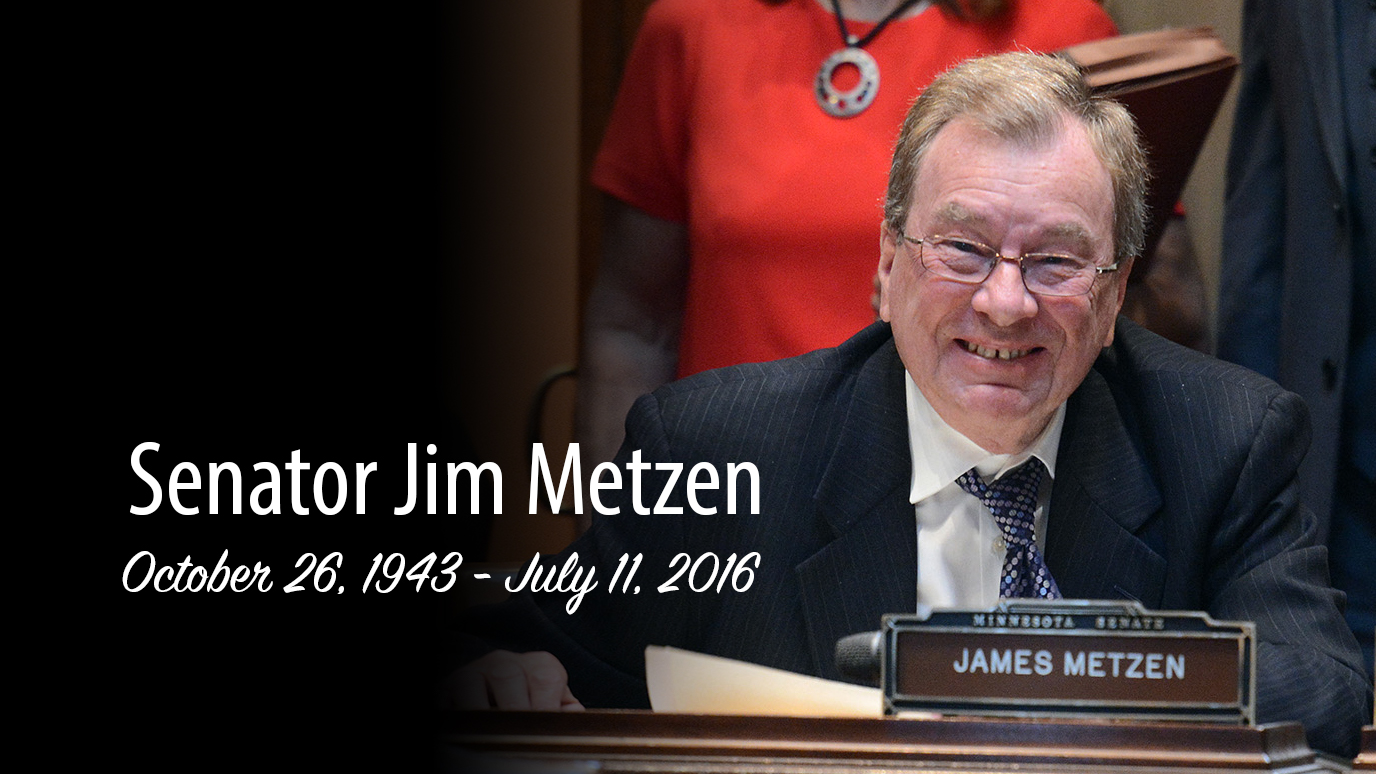 At the age of 23 he started his political career being elected to the South St. Paul city council where he served until election to the legislature in 1974. He was reelected in ten House campaigns. In 1986 he ran for an open state senate seat and won re-election in eight consecutive races. He previously announced that he would not seek reelection in 2016 because of his health.

Known as a lawmaker who sought legislative compromise, Metzen was elected President of the Minnesota Senate by his colleagues and served in that position from 2003 until 2011. As state senator he chaired numerous committees as well as a multitude of subcommittees.

During his 42 years in the legislature Senator Metzen sponsored a wide range of legislation. He left an indelible mark locally with legislation such as the development of Kaposia Landing, and statewide with his sponsorship of the Mighty Ducks youth hockey program.

Countless retired and current public officials honored the retiring senator at a reception this past winter in So. St. Paul. Metzen received accolades from local public officials as well as former Republican Governor Tim Pawlenty, Lt. Governor Tina Smith, U. S. Senator Amy Klobuchar and others.

A retired banker, Metzen is survived by wife, Sandie, and two adult sons.

previousHayden and Champion respond to the killing of Philando Castile
nextSenator Bakk comments on passing of Sen. Metzen