ST. PAUL, Minn. — Minnesota’s senior Senator, LeRoy Stumpf (DFL-Plummer) announces today that he will not seek reelection to the Senate in 2016. Sen. Stumpf, who chairs the Senate Capital Investment Committee, has served in the legislature since 1980, including two years in the House of Representatives before joining the Senate in 1982.

“I announce today that I will not seek reelection to the Minnesota Senate this fall. It has been a great honor to advocate in the Minnesota Senate for the people of Northwestern Minnesota and I am most thankful for the opportunity. My commitment has remained steadfast to support the families, communities and businesses of our district now and for future generations through investments in elementary and higher education, economic development and through state policies that encourage the full potential of all Minnesotans.” 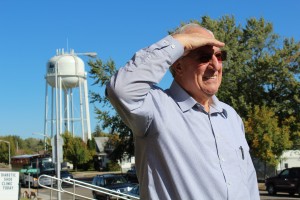 “When I was first elected, Carol and I had young children and an Angus cattle farm. Now our three children are grown up, married with families of their own and we have eight lovely grandchildren. This is the right time for us to spend more time with each other and our family. I am most thankful to my family for being my best supporters during this rewarding journey.”

“I am proud of the opportunities we have created to serve the people of Minnesota. The 1985 Post Secondary Open Enrollment Program enabled thousands of qualified students to take college level courses while still in high school. In the 1990s we established the Minnesota Education Telecommunication Council as an electronic network to connect post-secondary education institutions, public libraries and K12 schools around the state. And our response to the floods of Northwest Minnesota not only rebuilt our communities but set standard practices for disaster management response at the state and federal level.”

“As I reflect on my experiences, I appreciate the good fortune to work with all legislators, regardless of their party affiliation, to shape legislative changes that made Minnesota a better state. I look forward to rolling up my sleeves during the upcoming legislative session to advance a strong bonding bill to help communities with their infrastructure needs and job creation.”