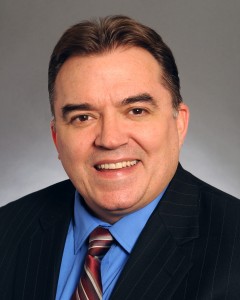 ST. PAUL, MINN – State policy makers will be returning for the 2015 legislative session to a projected surplus of $1.037 billion, according to Minnesota’s State Economist, Laura Kalambokidis. Sen. John Hoffman (DFL-Champlin, Brooklyn Park and Coon Rapids) sees the good news as yet another sign of our state’s strengthened economy and evidence the actions taken during the Senator’s freshman biennium has led to a more prosperous Minnesota.

“Our state has gone through an economic rollercoaster over the prior few biennium’s and it’s encouraging to see the second straight year of a budget surplus that I believe is a result of our work in balancing the state’s budget in a fair, honest and effective way. This surplus gives us more leeway to address challenges across the state that range from transportation, to education, workforce development and health and human services,” said Sen. Hoffman.

The Minnesota Management and Budget Office (MMB) reports the surplus came from a combination of higher than expected revenues and lower spending. The savings came primarily from lower Medical Assistance spending which helped add significantly to the budget forecast. According to forecast data, 25 percent more adults without kids enrolled in Medical Assistance while fewer families with children and elderly and people with disabilities enrolled.

“While it’s good to see the state saving money, it’s a little disheartening to see the savings come from an area that includes close to $100 million in unspent waiver funds for both 2013 and 2014. Should the state really be celebrating its savings when the result is that hundreds of Minnesotans with disabilities and the elderly are seeing reductions in services and limitations on the range of services that have been allocated and authorized for their use,” said Hoffman. He followed up saying, “Today, I call for greater efficiency and accountability in spending the set aside millions, we must hold the state accountable for spending it where there is need and in a timely fashion.”

Hoffman adds this particular issue is one that will likely be discussed during the upcoming 2015 Session which begins Jan. 6.

For more information on the November Forecast or any other legislative concerns, Sen. Hoffman can be reached at Sen.John.Hoffman@senate.mn or by calling his office at (651) 296-4154.