Tuesday, April 15, was Tax Day in the U.S. The 2015 Tax Incidence Study showed that policy changes made by the DFL-led legislature in 2013-2014 are making our tax system less regressive and effective tax rates are going down for 90% of Minnesota households.

Click the image below to save it and use it on your favorite social media platform. 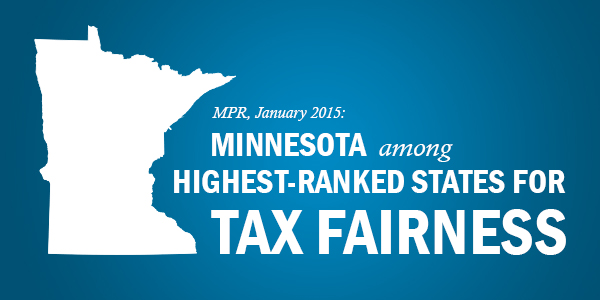 Tip of the Week

Tweeting and posting from an event can be one of the hardest places to remember the importance of proofreading, but it’s also one of the most important. When you’re using an event hashtag, your tweets and posts are not just visible to your friends and followers, but also to anyone searching your hashtag. If you’re the first (or only) user to share a great photo from an exciting event make sure to take the time to proof your post before it goes public.

ICYMI: Chloe the sloth came to visit from @ComoZoo yesterday, and she was quite a hit! #mnleg pic.twitter.com/Pm7fa2f621

The Senate DFL is building on the successful approach of the last two years: http://t.co/lItNxAKI8u #mnleg pic.twitter.com/P8CBgjAnlb

Senator Scott Dibble spoke about our need for comprehensive transportation funding at a Capitol rally this morning. Great weather and a great crowd!

Minnesota will be one step closer to justice for sexual assault victims thanks to legislation passed yesterday. Read…