The Higher Education Omnibus Bill was passed off the floor Monday, April 20. This bill provides a comprehensive framework to serve Minnesota’s post-secondary students while dedicating much-needed funds to growing our state’s workforce.

Click the image below to save it and use it on your favorite social media platform. 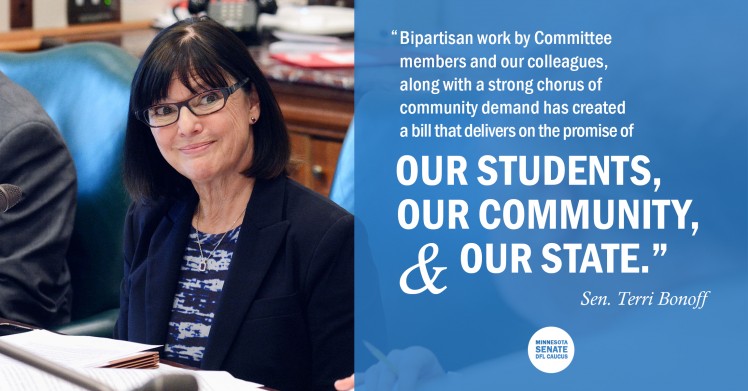 Tip of the Week

Sharing other people’s articles, quotes, or images can make for some of the most liked and retweeted content on any social media platform, but it’s important to give credit where it’s due. Just because you’ve found a photo on Google does not mean it’s fair game – that photo belongs to the person who took it.

Fortunately, there are some guidelines for sharing credit online:

@SenateDFL #TBT Senator Jim Metzen what a great Minnesota Leader. Honored to serve with him. You gotta love the suit. http://t.co/bIozbY5NJ0

"Each year, over 113,000 MN victims receive assistance from providers like Tubman." #mnleg pic.twitter.com/LWFT6Gg0Rg

Sen. Roger Reinert had this to say about the bonding bills he introduced today: "The Lake Superior Zoo is near and dear…